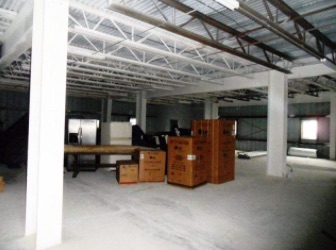 Coldwell Banker Commercial agents are seeing renewed confidence in the real estate market in all segments. Over the past 18 months our in-house transactional sales volume reflects an increase in purchase for both occupation and investment purposes.  Our records indicate that ten commercial real estate sales transactions have closed thus far in 2015 with an estimated five more in contract.  This number is significantly higher compared with recent years.  In fact, the last time we saw double digit numbers was in 2010 with a total of fifteen total transactions for the year.

The mix of sold inventory is also interesting. The vast majority of sales are in the City of Hamilton, but there is also a large cluster of warehouse sales, and some properties that have sold in the East End of the island.  About one third of properties sold for $1,500,000 and above. Most of the purchasers have bought for owner occupation, but there is definitely interest from investors.

On the commercial rental side, demand continues to be strong around 1,500 – 4,000 SF primarily in the City of Hamilton in class A space. Having said that, we are receiving more enquiries from tenants asking about good quality warehouse space. Historically, pre-2010 absorptions rates were approximately 75,000 – 125,000 SF per annum.  Our figures for 2014 indicate that total square footage rented by our office was approximately 120,000 SF with 2015 yet to be determined; we anticipate that the total square footage rented for 2015 will be at the lower end of the historic absorption range.

In summary, our commercial team is certainly seeing encouraging sign in the commercial market, however, we remain cautious as the office vacancy rate in the city is still in excess of 600,000 SF and although we are seeing increased rental demand this is predominantly being generated by companies already resident in Bermuda.  In order to grow our economy in a meaningful way, through new job creation, we need to see a greater frequency of international firms relocating to Bermuda.